Student: Eleri Price Company: Innovis Academic Supervisor: Prof. Nigel Scollan & Prof. Will Haresign For the majority of customers, lamb is consumed less than once a month.  Most Welsh lamb is eaten outside of Wales. In order to maintain a thriving sheep industry and its vital contribution to the rural and national economy of the… Read more »

The Authority has developed a Research Prospectus in order to help it answer some crucial questions about the Park’s changing environment and the resilience of the communities living here, and this research contributes directly to that knowledge base. The eventual publication of peer-reviewed papers for this research will help to raise the Authority’s and the Park’s profile within the field of applied ecological research. This was the first time that this Authority entered a KESS studentship with a university.

What this project did that was different from other projects was that it placed an economic value on the environmental benefits that anaerobic digestion can offer over the short term. Over the long term, this type of work has the potential to offer wider societal benefits, for instance an improvement in water quality; this in turn can affect the tourism industry, water companies and so on. In addition to this is of course the fact that anaerobic digestion provides a source of renewable energy, reducing CO2 emissions. There are many people who can benefit financially from the results of this research, the taxpayer benefits, as do large, medium and small private companies; so there are many economic and environmental advantages and I think that this is highlighted in the project. 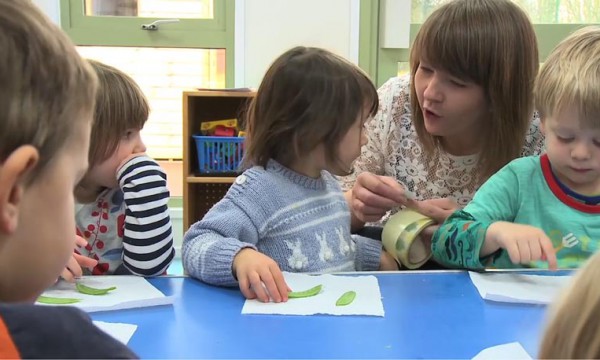 The KESS project was a development of an early year’s nursery intervention for children to learn to eat fruits and vegetables; it was undertaken in co-operation with our company partner Food Dudes. Food Dudes have award winning programmes proven to work with children who are in primary schools, however because we know that eating habits are established early on, we know that we should intervene as early as possible.

The KESS project was to develop an intervention for children who were about 2-3 years old and then pilot it in nurseries in the area. To my knowledge this is the only project of its kind that has successfully completed the research and immediately translated the results by the company into a commercially viable product, therefore an intervention that can be administered in nurseries nationwide.