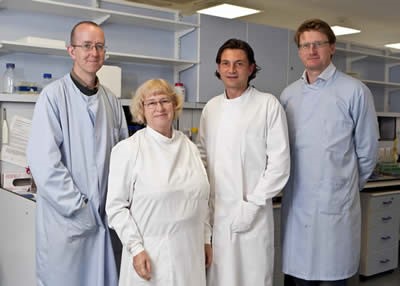 (English) Cardiff Metropolitan University has recently had its first KESS PhD completion; the project developed novel packaging solutions for the freeze-drying of specialist pharmaceuticals. The KESS student, Dr Chris Cherry, was based at the host company, MicroPharm Ltd in West Wales. The academic supervision for the project was provided jointly by The National Centre for Product Design & Development Research (PDR) and The Cardiff School of Health Sciences (CSHS); both academic schools are based on Cardiff Met’s Llandaff Campus. The KESS project covered the science of mass and heat transfer characterisation through to the challenges of maintaining sterility and containment within a freeze dryer. This research project delivered a very successful PhD in just over three years. In addition, the collaborative nature of the project has derived a range of supplementary benefits for the student, company and university. This case study describes the chronology of the KESS project, and attempts to capture the tangible (and intangible) benefits to the three main parties.